This website uses cookies so that we can provide you with the best user experience possible. Cookie information is stored in your browser and performs functions such as recognising you when you return to our website and helping our team to understand which sections of the website you find most interesting and useful.

You can adjust your preferences below.

The process of developing a new feature for a project usually involves the same steps:

If you follow git-flow (or an alternative flow based on feature branches) this will sound familiar to you. The main point here is that until you don't deploy your new feature to the Staging environment it can't be tested in a realistic environment (local environments don't count ? ).

Also, this workflow leads to the following questions:

As you imagine this way of working with branches and environments produces situations which would be better to avoid. The solution is to implement Preview Environments (sometimes also known as Preview Deployments).

Preview Environments are disposable environments, which means that they are created, updated, and destroyed. They have the purpose of testing a feature, and once the task is done it doesn't make sense to keep them alive. This process can take from minutes to months, it depends on the size of the feature, the time it takes to test it, if it makes sense to merge the Pull Request at the moment due to business requirements, etc.

If the Pull Request is updated with new commits then it is deployed again to show the latest changes.

When a Pull Request is merged or closed the environment is destroyed automatically.

To be able to test a Preview Environment, every environment must have a unique preview URL. This URL can be automatically generated from the branch name. e.g.: for a branch named feature/user-register in a project named Manhattan the preview URL could be https://feature-user-register.manhattan.com.

The initial data of this database can be cloned from the Staging database or seeded with default values. This makes the data in this environment independent from other environments, so QAs can create, update and delete anything they need without worrying about affecting other QAs testing other features. Also, the data in the environment can be reset to the initial values as needed. 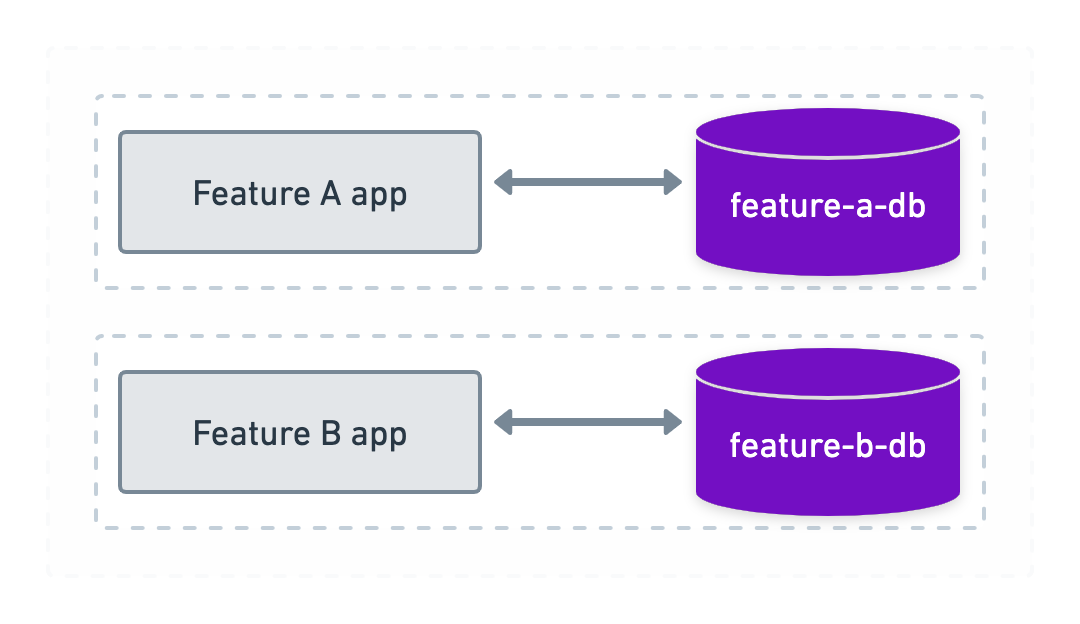 When we think of a new feature in a project we tend to think about a new branch in a repository, this can be usual in projects with a single repository and a single service, but this is not the common case in modern projects where multiple services are involved.

A good practice is to use the same branch name in both repositories, e.g.: feature/new-feature. Then we could deploy both backend and frontend to the same Preview Environment. By doing this we could be able to test the new feature completely and the frontend will use the backend endpoints of the new feature. 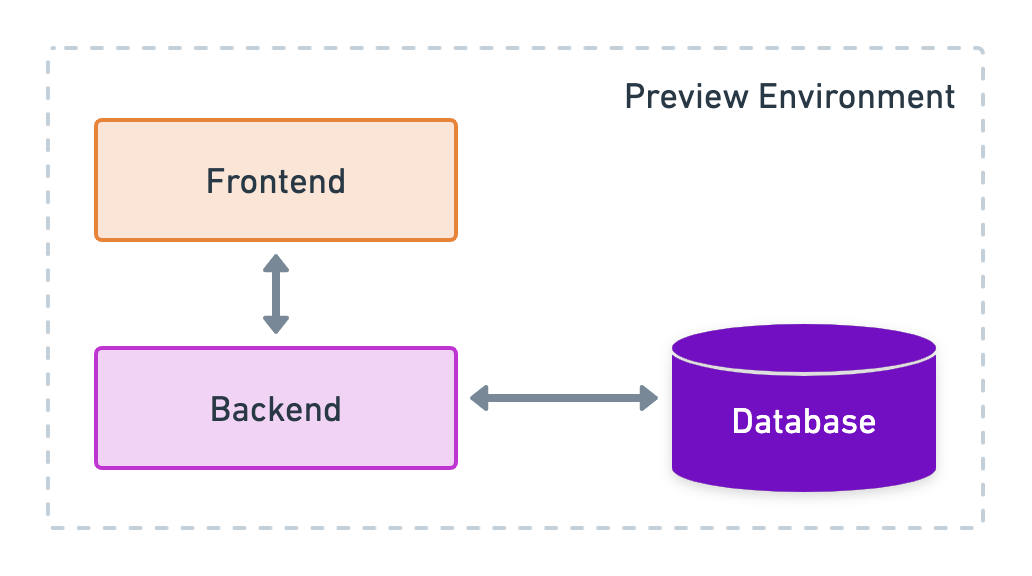 Creating a Preview Environment can be done in many different ways. Creating the environment depends on the design of the project infrastructure and the way of deploying the application to Production. In this article, I am going to cover two options: deploying the app code directly to a server and using Docker containers.

This process deploys the code to a server using methods like uploading the code using SFTP via SSH. As the environment doesn't exist it requires some steps before being able to deploy the code. Supposing we already have an existing server dedicated to Preview Environments, the step to create a new Environment would be:

This way of creating Preview Environments has the following problems:

A much better alternative is to use Docker containers. Supposing we already have an existing server dedicated to Preview Environments with Docker installed, the steps to create a new Environment would be:

This process seems to be more agile than before, but there are still some questions to solve:

It would be great if we could have a cluster of servers and we could forget about the specific server where the code must be deployed. If we need more resources we can just add more servers to the cluster. The best alternative to achieve this is to use a container scheduler like Kubernetes. We just need:

Writing Dockerfiles and Kubernetes manifest is out of the scope of this article.

Instead of using a provider to launch a maintain your own Kubernetes cluster you can use existing services to achieve the same result. One of my favorite options is Okteto Kubernetes service and their feature to create Preview Environments from our code. This allows us to forget about creating and maintaining the Kubernetes cluster, dealing with SSL certificates, and creating DNS records so that we can focus on what provides value for the project.

Get the latest posts in your inbox. I'll keep you updated with new content published in the blog.

Responsible: Daniel Vigueras Carreño. Purpose of the collection and processing of personal data: to send you commercial communications and an informative Newsletter. Rights: You may exercise your rights of access, rectification, limitation, and deletion of data in as well as the right to file a complaint with a supervisory authority. Additional information: In https://rushflow.io/privacy you will find additional information about the collection and use of your personal information, including information about access, retention, rectification, deletion, security, and other topics.